How We Got Away with a Murder Most Fowl

“The stench of rotting flesh filled my car as we rolled down Waiyaki way looking for a spot we could dump the black garbage bags. Every time we thought we had found a spot, headlights would appear from nowhere and we would abandon our plan. We had been driving for 3 hours now and we feared we would be stopped by cops at any time…” 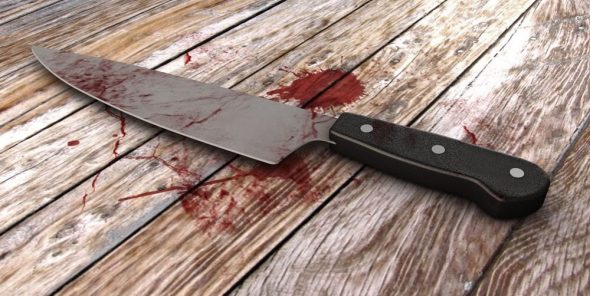 A few months earlier we were sitting in a restaurant planning on what we thought was the best money making plan ever. It would be short term and best of all, the proceeds would be tax free. We held our meeting in hushed voices and wrote out a sketchy plan on some white serviettes.

The project was going to take 4 months after which we would cash in and move on to other bigger things. The partnership was made up of myself and my long time friends Jimmy and Muba. We felt invincible and we were confident that we had explored all possible scenarios of the plan. Little did we know our venture would end up with lives lost. It would also turn out to be one of our most memorable business lessons ever.

We set into action by ensuring our finances were okay. We asked around and carried out due diligence by gathering successful case studies. To cap it all, we already had a willing buyer who I had gotten connected to by a credible source. The buyer was specific; every ‘package’ had to conform to a weight of 1.5 kilos, no more. Otherwise it would raise a red flag with his boss and the whole deal would be considered suspicious and eventually cancelled.

We wrote out a plan and swung into action with the vision of a handsome profit burning brightly in our minds.

We bought 600 birds with 100 of them as insurance against the unpredictable. In poultry farming you have to account for losses, some stemming from negligence by the handlers and others just from random acts of God. We carefully followed our plan and not before long we started to see our project grow into the most promising venture. The birds grew big so fast that they crossed the 1.5 kilo mark on the third month, even our farm neighbours could not hide their envy. We had opted to feed the birds with the highest quality of chicken feeds available and the good thing was, all this was still within budget. We had estimated that we would break even with the first batch of chicken and start making profit on the second batch.So I called up my guy the buyer and explained to him our weight problem. He brushed it off saying we needed not worry as he’d ‘sort’ it with his boss. The only condition he gave was that he wanted a cut from our sales. We gladly agreed.

So finally the day came for the slaughter and our my guy gave us the green light to deliver the chicken at his boss’ hotel by 8PM that evening. So we enlisted the services of this giant of a man who had a reputation of being the most efficient chicken executioner in Nairobi. He was this 6 foot hulk with the most scarred face and the coldest eyes we had seen. He always walked around with his tools of trade; a set of knives, string, a sheet of polythene (which he wore to to prevent blood spatter) and a pack of cheap cigarettes. He looked like a morbid serial killer. Anyway he looked like the perfect person for the job because it takes a lot of cold heart to slaughter 500 chicken.

He filled a drum with water and started a fire under it. Soon he was snatching birds from the chicken barn, snapping their heads off their bodies like dry spaghetti and throwing them into the boiling water. He made short of the work and in two hours the chicken were hanging upside down dripping a mixture of water and blood; all ready to be delivered to the customer in the next two hours. Now it was time for the delivery.

The load was almost a ton and I could feel Iris my old station wagon groaning under the heavy weight as we flew down Kangundo road in the open savannah towards the city lights. We dropped ‘the executioner’ along the way after paying him [much to everyone’s relief]. It had been very uncomfortable riding with him at the back of the car just staring into a crazy trance. All the time, he never said a word despite our repeated attempts at having a conversation. We couldn’t stop fearing he would go crazy and snap our necks from behind, then bury us in shallow graves on a lonely stretch by the road.

As we edged closer to the city, I called my guy to tell him we were almost there. That’s when everything went south. He pretended not to remember that we had spoken about the birds being overweight. He also indifferently asked whether we had a signed order from the hotel which obviously we didn’t. He then delivered the final blow saying that they had already gotten a delivery by their usual supplier and therefore they wouldn’t take our stock. It took me a while to process the whole conversation and at some point I thought I was having a heart attack. As I broke the news to my partners, I could see Jimmy almost tearing up the steering wheel in frustration and I could hear Muba laughing in the distance as he usually does when he can’t comprehend what just happened. We pulled over to the side of the road and took a moment to feel sorry for ourselves. This was turning out to be a really bad day.

After brainstorming, we came up with our first idea for mitigation. We would ride into town and sell the chickens on the busiest highway in the city. So we drove to Uhuru highway and parked on the side of the Nyayo stadium round about and went over our preposition for the millionth time; a chicken worth 700 shillings at a price of 250 shillings. We were sure it was an offer customers wouldn’t refuse. We targeted to sell at least 50 birds each between Jimmy, Muba and myself. The plan was to offload as much as possible and sell the rest to a restaurant owned by a sister to Victor one of the friends in our circle. Little did we know this would turn out to be the hardest sell ever. Motorists would roll up their windows whenever we tried selling them of the chicken. It never occurred to us that selling chicken stupidly cheap (and on the highway) was suspicious! Someone in a matatu even told the rest of the passengers that we had slaughtered the marabou storks that are usually perched on the trees along Nyayo stadium, and that’s why our chicken were too big! We got so desperate we even offered them to motorists for free. In the end we had disposed only 10 fat chickens with 490 to go!

We packed up and headed to Victor’s sister and sadly, she would only take 5. By this time, we had even bought ice blocks because the executioner had warned us that after 24 hours the chicken would start going bad. It was almost midnight when we got the idea of asking our friends and families to assist with storing some of the birds in their refrigerators but they could only take so much. We still had 400 to go. At 2AM we gave up and decided to leave the remaining chickens in the car hoping the ice would keep them fresh until morning.

The next day was a work day and as we left the house we couldn’t help but catch a faint familiar smell as we walked towards the car. This is when our real ordeal started.

The Thika superhighway hadn’t been built yet and so the traffic usually started on our doorstep. We had opened all the windows and we could see everyone on the road sniffing and trying to investigate where the foul smell was coming from. I had never felt so defeated in my life. As usual, Muba wouldn’t stop laughing and Jimmy eventually joined the laughing band. I personally was just in a daze. Clearly we were having one of the worst days of our lives. As Jimmy dropped us to our workplaces, each person went into their office carrying two chickens for ‘advertising’. To date we all agree that Muba had the most hilarious experience of all that day as he was suspected of murdering his boss but I’ll tell you about later.

Jimmy went ahead and parked the car under a tree at his workplace hoping the shade would slow down the decomposition of the chicken. By midday he had called us saying his workmates were reporting an overpowering smell of death.

That’s when we all spoke on phone and agreed that our business had gone bust and it was time to pull off the final act. Disposal. We decided we would buy garbage bags and wait for midnight to find a discreet dumping ground. We also enlisted one more accomplice in our circle Naito who would help us with pulling it off.

At midnight we headed out into the dark. At first we tried finding dumpsites along Thika road where we used to live but the mayor had done his work well that year. We couldn’t find any. So Jimmy suggested Waiyaki Way as the perfect place since he had grown up there and knew the dumping sites like the back of his hand.

The stench of rotting flesh filled my car as we rolled down Waiyaki way looking for a spot we could dump the blag garbage bags. Every time we thought we had found a spot, headlights would appear from nowhere and we would abandon our plan. By now we had been driving for 3 hours now, and we feared we would be stopped at any time by the police. That’s when it hit me that we had committed mass murder because thanks to us, more than 400 chicken had lost their lives for nothing. As morning drew closer we decided to go back home because the situation was getting risky and out of control. We were tired and sleepy and as we turned into the last street home, Naito made a comment about dumping the whole thing on the roadside just before our gate. Little did she know what she had just said was the best idea we’d heard all week.

The next morning we woke up to chaos in the neighbourhood. Somehow stray dogs had managed to rip the bags open and strewn the carcasses all over. The stench was overwhelming. Good thing no one knew who was responsible. We quietly slipped into our car which was still reeking and drove out to work. We had gotten away with murder. But we wouldn’t eat chicken for the rest of the year let alone look at it rotating on the grill behind the Kenchic joint window.

The whole event taught us some hard and important lessons. Firstly every business idea needs a proof of market before one invests their hard earned money. Secondly always have a backup plan to your backup plan because anything can go wrong. Lastly, always be cautious when someone offers to hook you up with a contact while saying “I have a guy”.

This entry was posted on August 25, 2016 by Michael Ngigi. It was filed under Dog Diaries, LifeSchool, Money, Motivation, Stories .